The family behind Barlow Vineyards

The family behind the Barlow Vineyards label are farmers at heart. They have farmed their estate since they purchased the land in 1994. Coming together as if following a recipe out of a cookbook, Warren Barlow Smith, a salesman, and Jeanne Smith, an accountant and financial manager, along with their son Barr Smith, a Geology major, and daughter-in-law Ann Smith, a Botany major, formed the family behind the vineyard estate and wines. Their entry into wine production came as a result of making a small amount of 100% estate grown Cabernet Sauvignon, originally only meant for family and friends. The winemaker at the time, Art Finklestein, suggested they sell it instead. They quickly sold all 25 cases! Today’s production of their estate grown wine has increased to 1500 cases annually, which includes two 100% Cabernet Sauvignon wines, a Cabernet Sauvignon blend, a 100% Merlot, and a 100% Zinfandel.

And the story continues, 28 years later....more to come soon.

It has been 28 years since we wrote this first biography, the beginning of Barlow Vineyards, a lot and very little has changed, all at the same time. We are still farmers and we are still family run. Since Jeanne and Warren have passed, the third generation has stepped up. Following in mom and dad's science footsteps, daughter Alyssa got a degree in Biology and works as a part time employee. Originally focusing on winemaking, she has now fully embraced the small family business dynamic, stepping in where needed. Son, Zachary, carved a new, much needed, path getting a degree in marketing. Now Zachary manages most of our distribution sales or you will see him behind many of our wine festival tables. If he isn't traveling though he is working full time in the vineyard, tractor work, log splitting, irrigation management, you name it, he's done it. Ann and Barr are still at the helm, managing, leading, and guiding the 50 acre family success. From the occasional wine festival to finances to property management they have their feet in everything. As a family we are very excited for the future. The beginning of the fourth generation, Alyssa's two kids are getting their feet wet, always excited to come join harvest, ride the tractor, or feed the animals. 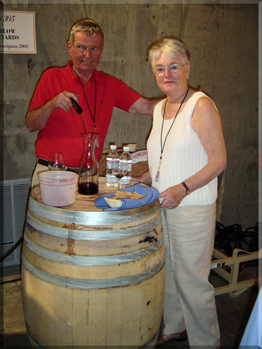 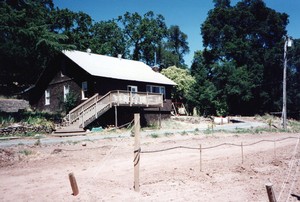 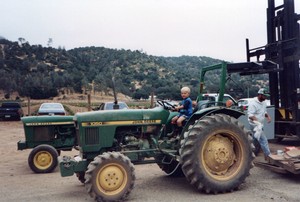 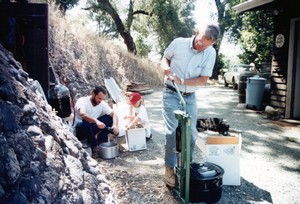 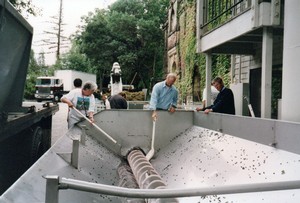